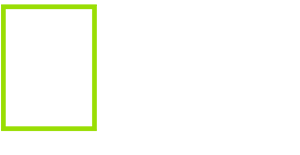 When you book with an account, you will be able to track your payment status, track the confirmation and you can also rate the tour after you finished the tour.
Sign Up
1056

Why Book With Us?

Do not hesitage to give us a call. We are an expert team and we are happy to talk to you.

Our Representative / Expedition Leader will meet you at Delhi airport, on arrival and you will be escorted to the hotel at Delhi for overnight stay.

Enjoy the morning drive to Pangot Uttarakhand in a comfortable air conditioned vehicle. Pangot is situated in the killbury bird sanctuary, a small paradise for the birdwatchers in Nainital district. The main attraction of Pangot are its birds; around 580 bird species have been recorded in this area. Many of the birds found in the surrounding areas, are typically Himalayan species. One can see a variety of Himalayan species along the way such as lammergeier, Himalayan griffon, blue-winged minla, spotted & slaty-backed forktail, rufous-bellied woodpecker, rufous-bellied niltava, khalij & cheer pheasant, variety of thrushes etc. The numerous perennial & seasonal creeks are home to a variety of flora and fauna including leopards, yellow-throated Himalayan martens, Himalayan palm civets, ghorals and barking deer.

It will be an early start today, with packed lunch Birdwatching at Pangot, and surrounding areas comes with the variety of birds like slaty-headed & Red-breasted parakeet, Grey Bushchat, long-tailed & grey-backed shrike, Common Kestrel, Besra, chestnut-bellied rock thrush etc. You will spot all if you are lucky or just the streaked laughing thrush which is a common garden bird here.

After the morning birding session, we will be heading to our next destination: Sattal, offering a natural habitat for bird species rufous-gorgeted flycatcher, red-billed leiothrix, Siberian rubythroat, rock bunting etc. Also look for rufous-chinned & white crested laughing thrush, rufous-breasted accentor, greater yellow-naped flameback, speckled piculet etc.It takes about one hour fourty minutes to reach Sattal from Pangot, before lunch we will look for birds in and around the lodge we will be staying in a birding lodge.

We will start our birding session in and around sattal, with packed breakfast. We will come back at the lodge for lunch. Post lunch you can relax and watch the bird coming to the feeder, a good opportunity to photograph them. We can also explore the local market area.

Morning and afternoon game drive in the park.

Birding around the best places in around Corbett to catch the glimpse of different species of birds in the midst of Kumeria forest or by the river. The birds that you can see are tawny & brown fish owl, Asian barred owlet, plumbeous water redstart, brown dipper, fork tailed, crested tree swift, spangled drongo, bearded bee-eater etc. Afternoon we will visit near Garjia temple side on Kosi River to chase the songs of the inviting birds and to look out for Ibis bill. Overnight stay at the hotel.

Post breakfast checkout and drive back to New Delhi with packed lunch. Dinner at the hotel in Delhi

Catch the early morning flight back to Heathrow. 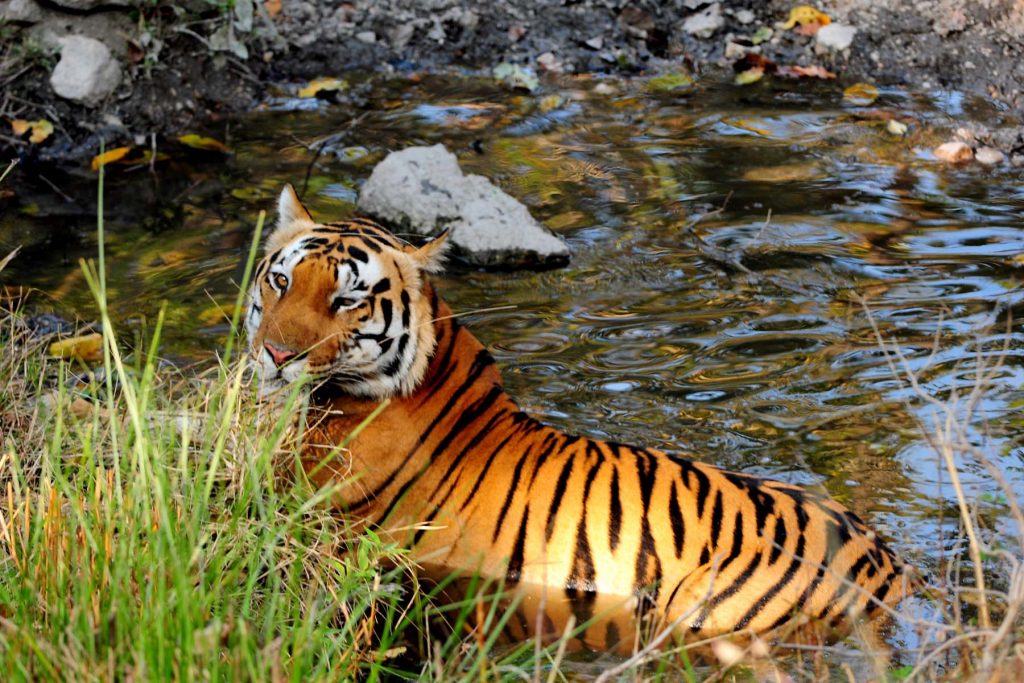 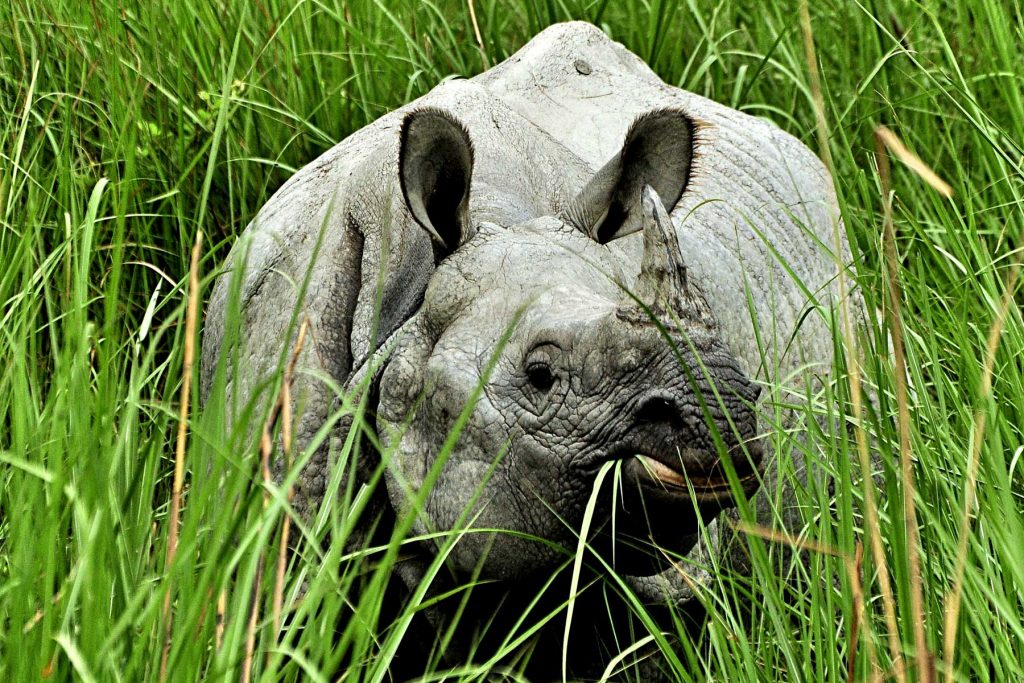 I very much enjoyed this splendid tour in November 2019. It provided some spectacular scenery in the hills of northern India, views of numerous bird species, and a few mammal surprises too.

The tour was very well organised, while being flexible enough to adapt to changes in weather and wildlife activity, and my own particular interests. We had a very good driver with us throughout the tour which, given the many contrasts between road travel in India and Europe, was very reassuring.

The very experienced and knowledgeable naturalist who guided me knows the area and its creatures well, and made sure we were in the best places at the right times to stand the best chance of seeing specific bird species. Sometimes this involved getting up well before the sun, but it was certainly worth it.

In contrast to other wildlife tours I have been on, the exploration in this case was mainly outside the tiger reserves, so we could stop where we liked and get out to walk. This opened up much greater scope for discovering a wide range of species, as we visited a variety of habitats and altitudes, and could make efforts to get into a good position to see and take photographs.

In all I myself had good views of over a hundred bird species (86 new to me), and there were many others observed where I was too slow, or just unlucky. Highlights include the superb saker falcon, which hovered for what seemed like ages above us during one of the last walks; the koklass pheasant that chose to pose right out in the open for us at the side of the road, a little while after we had peered through vegetation, struggling for a good view of the first one of the species that we found; and the tree where we got excellent views of first a great barbet and, just a moment later, a blue-throated barbet. There were many good locations for observing birds, but I must mention the spot in the forest near Sattal, where we sat on stones close to a small stream and were thrilled by a succession of birds, of many species, who came to drink and bathe right in front of us.

I mentioned mammals, and there were two outstanding sightings.

Early in the tour, while in the car on a winding road, we caught a fleeting glimpse of a large mustelid and identified it as a Himalayan yellow-throated marten. Days later, while walking along a rough track, we were extremely fortunate to meet another, coming towards us, and were able to see it really well and get photos before, having had a good look at us, it decided to leave the path and skirt around us.

When travelling between our lodge and the tiger reserve, we were frequently in a zone where there were warning notices to alert us to the fact that there were wild Asian elephants living in the area, and the road crossed their route between the jungle and the river. I hoped every time that we might meet them, but my exciting encounter with some of these animals took place in the reserve itself. We were travelling in one of the four wheel drive “safari” vehicles, quite slowly as on the look-out for creatures. There was a rustling in the bushes and trees off to the right, and suddenly the head of an elephant appeared. We moved on a little and stopped, as two adult females and two youngsters stepped out onto the track. They did not seem at all pleased to see us, so we moved further away. It was probably only a few minutes that they stood looking at us, then turned, and moved slowly off the track into the vegetation on the other side, but we had excellent views of these animals.

Did I see a tiger? Not on this trip. I know they were there, but the second of my two days in the reserve started with an impressive thunderstorm and continued wet nearly all day (the only poor weather on the whole trip). This did not stop us going out, and we saw some interesting birds, but perhaps the the downpour kept mammals in hiding.

Accommodation throughout the tour was good. The hotel in Delhi was very comfortable, with large, well-appointed rooms and several options for meals.

The lodge in Pangot was ideal for birders, having areas in the grounds were one could sit and observe numerous species coming to drink and bathe, and a variety of vegetation around that brought in birds and butterflies – sometimes one wanted to look in three directions at once to take it all in. The room I had was spacious and comfortable, though the opportunity to take two hot water bottles to bed with me was very welcome, as it did get chilly. The food here was very good, and it was pleasant to share experiences in conversation over meals with other birders. All the staff I met here were so attentive and kind; nothing was too much trouble for them, and they were enthusiastic and friendly.

November is after the peak season for visitors in this part of India, and this was most noticeable at our accommodation in Sattal. We were the only guests, and were provided with rooms having the best view from the balcony. I think they were operating with minimal staff, but nevertheless they provided us with very good evening meals. The village is quite remote, so we accessed it via an interesting long and winding road. We enjoyed some excellent birding on a walk in the village, as well as driving into the surrounding hills to find other birds.

The lodge we stayed in for several nights on the edge of the Kosi River, in the buffer zone of the Corbett Tiger Reserve, was delightful. The buildings make maximum use of natural materials, and my cottage was splendid. I very much enjoyed relaxing on the elevated verandah with coffee and biscuits while watching for the numerous colourful butterflies. The restaurant there is a very attractive design, and the food was very good. I particularly appreciated that they provided a vegan desert for me every night, since so many Indian deserts involve dairy ingredients.

I live in a very low-lying, flat part of the UK, so the scenery I encountered on this tour was a total contrast. My highlight was the point in the road where we were able to stop early one morning and see all the way across to Himalayan peaks, catching the sun on their snowy summits. We went round a huge number of hairpin bends, winding up and down the steep hillsides. I began to get a feeling of how hard life is for the people living on these hills, where they grow food crops on narrow terraces, following the contours on many of the slopes. We saw the roadside stalls where they sell their produce. I saw people collecting water from shared pumps, some shared toilets, and some very small, rustic family homes. We met children walking far along tracks to school, and met the school buses too. I hope that tourist cash coming into the community is helpful.

This was a splendid tour and I recommend it to anyone wishing to discover this part of the world.